Ramo’s The Seventh Sense is an absolute delight to read. It’s packed with historical references that make the book not only very entertaining, but also link the author’s thinking to the broader scheme of things. And which scheme of things that is, you ask? The name of the book hints at something paranormal, but the book concerns matter far from that. Ramo wrote this book about networks, in all different forms. From physical networks like the internet infrastructure, non-physical networks like diplomacy to completely digital networks like social media. 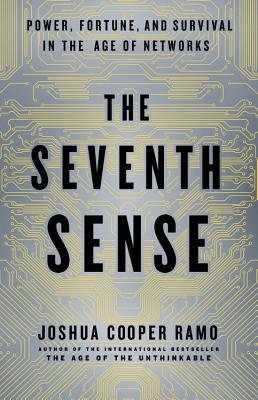 And the claim he makes about these networks is twofold. Firstly, he states that they are becoming the dominant way in which the world is structured. Fueled by globalization and digitization they have taken away power from older power structures. Examples of these new networks are IS, Bitcoin and social media. Secondly, he writes that the people currently governing and managing the world lack the skills to control these networks. Our statesmen, CEO’s and other leaders are blind to their workings and power, because they have not grown up with them. That is why they do not have what Ramo calls a ‘seventh sense’ to understand these networks, something that younger people do have.

Characteristics of the new world

Although I fully recommend the book, in the latter chapters the book loses some of its credibility. There Ramo gives advice how the US could use networks to further its own cause, by letting likeminded nations profit from the networks the US controls and using the networks as leverage against other nations. But this advice is in contradiction with the spirit of his book, because dividing the world in allies and enemies is quite a simple, hierarchically and binary way of seeing the world. In contrast to the complex, distributed and diverse networked world he convincingly claims we live in.