The Impact of Autonomous Vehicles

Self-driving passenger cars, such as the Google car, are not the only category of autonomous vehicles. Drones have had various degrees of autonomy for a while, from remote controlled by a human operator to fully autonomous. It is likely that busses, trucks, trains, trams, boats and all other modes of transport of people and goods will gradually become autonomous.

New categories of vehicles will emerge. An example of a small single purpose vehicle is the Domino’s Pizza delivery robot, this robot will get you fresh pizzas wherever you are. Mercedes launched the ‘Sprinter with Vision Van’, a concept vehicle designed for delivery companies. The van serves as a base for two drones that deliver the packages. Result of this autonomy will be more packages delivered in less time for lower costs.

It is likely that in the next decades all professional driving will be robotized. In the United States, there are 1.7 million truck drivers and 1.7 million drivers of taxis, buses and delivery vehicles. Robotized trucks will make an end to what is now one of the most common jobs. Autonomous vehicles, like the above-mentioned delivery robot, will take over the job of delivery boys and will replace students riding their bikes or scooters for Foodora and UBEReats.

Besides being autonomous, future vehicles will collectively be intelligent. Together, these vehicles will make sure there are no traffic jams. Goods will travel faster and cheaper. If the system is likely to be overloaded the system might prioritize vehicles that are willing to pay a higher fee.

There is an industry that supports and facilitates professional driving and driving in general. Why would youngsters go through the trouble of learning how to drive a car? Driving instructors will become obsolete and road-side restaurants and motels will have a hard time to survive without professional drivers. Toll booths will be a thing of the past and so will speed cameras and the income they generate for governments. Do we still need to illuminate our highways with expensive and energy consuming lighting system? And do we still need road signs?

More speculative is the impact that autonomous vehicles will have on office workers. There are plenty commuters that will regain two or more hours every day, because they can work and start meetings while in their cars. If that time is used productively, all those commuters will be able to work the same number of hours and get more time to spend with their families. It will be the biggest efficiency gain since a long time, the impact will be comparable to the impact the typewriter and the washing machine had on our productivity.

I am looking forward to seeing how self-driving cars are going to change the way we work. The effort to meet with coworkers or clients at a different location face to face becomes smaller. The labor market might become more flexible. Furthermore, visiting another city, or going on a ski trip will be much easier. Go to sleep on Friday evening and wake up in the snow in front of your chalet on Saturday morning.

Autonomy makes sharing easier and thereby increases the utilization of vehicles. Even if we will travel more, together we will need less cars. The traditional auto industry might have motives to slow down the adoption of autonomous transport. However, if we consider the billions that automotive giants are investing in autonomous transport, its seems that they embrace the future.

The pro self-driving lobby that consist of Uber, Google, Lyft, Ford, Volvo and others is adding partners to its group. Those latest additions help to realize that autonomous vehicles are a good thing. Among the new partners; Mothers Against Drunk Driving and the National Federation of the Blind. 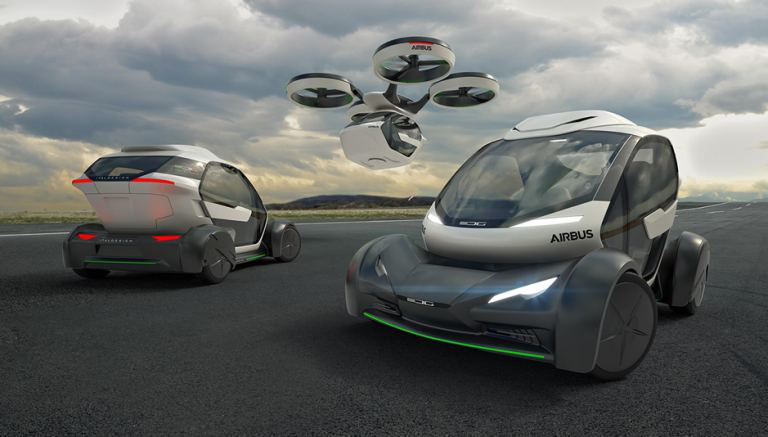 But why focus on autonomous vehicles that use traditional roads? The goal here is to get from A to B as fast and as comfortable as possible in a way that everybody and everything who wants to travel has the freedom to do so.

This month Airbus revealed a modular self-piloting flying car on the Geneva Motor Show. Since the Wright brothers successfully flew the first airplane, mankind has been fantasizing about and experimenting with flying cars; hybrid machines that can both drive our roads and fly in the sky. Recently the Dutch PAL-V announced that the first deliveries of their three-wheel gyrocopter are expected by the end of 2018.

In 1948, the first prototype of the ConvAirCar ran out of fuel and crashed. The vehicle had two engines and two fuel tanks, the crash was caused by the pilot checking the automobile fuel gauge and not the aircrafts fuel gauge. Besides that, customer interest was low, the freedom was limited because the wings and tail section had to be left at the airport. 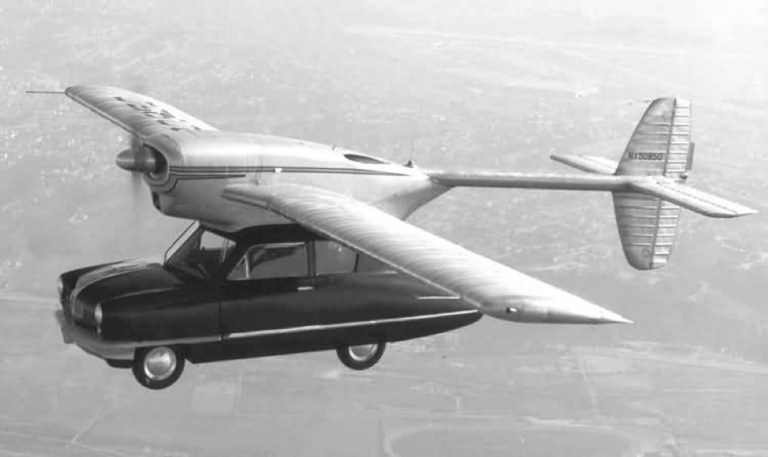 The Airbus concept is modular, it consists of a cabin that can either be attached to a self-driving car platform or to a self-flying drone. The autonomous capability of the drone and the car resolves the problem that all previous flying cars had; while flying you don’t drag a car with you, and while driving you are not bringing wings or propellers along.

I hope that autonomous technology will finally bring us the flying car, the impact on our mobility and the design of our cities and land will be enormous.