The Chasm: Why Most Business Agility Transformations Fail

Business agility is the hottest thing in current management thinking. Well-established, long-existing companies are recognizing that they need to be faster in responding to the market than they used to be. In the Internet age, the forces that used to keep them far ahead of most competitors, especially the new ones, are not so powerful anymore. There are fewer barriers to protect their markets from fast newcomers, the effects of big marketing budgets are eroding, and economies of scale are no longer advantageous in a service-dominated and increasingly virtual marketplace.

So what does it mean to be agile as a business? The most prominent definition states that it is the ability of an organization to rapidly adapt to market and environmental changes in productive and cost-effective ways. Agile companies typically move to the market much quicker with new or adjusted products or services, when they see opportunities. They are able to do so, because they are less frightened to make mistakes than most other companies. They take fast and small-scale action, and are willing to experiment in the real world. And successfully so.

More and more established companies are recognizing the threat of more agile competitors moving quicker and stealing their market share. In response, many of these companies attempt to transform into more agile companies themselves. However, most business agility transformations of established, large companies fail. After a lot of effort, they are still bureaucratic and slow. How come?

Being agile as a company is not just a matter of how you organize teams and plan your work. It entails a completely different mindset about how you run the company. It involves trust, autonomy, willingness to make mistakes, and constantly challenging the status quo. But these things are the sworn enemies of the plan-and-control paradigm that still dominates the corporate world. Between the new agility paradigm and the plan-and-control paradigm is a huge ravine: The Chasm. And most established companies are afraid to jump The Chasm in their transformation. So they try to first make half the jump. But as British politician David Lloyd George once rightfully stated: “There is nothing more dangerous than to leap a chasm in two jumps.”

Companies that are afraid to jump The Chasm can learn from ski jumpers. Ever wondered how a ski jumper made his first jump of the largest hill? He couldn’t have done it in two jumps; he had to do the full jump that first time. But ski jumpers don’t start off on the largest hill; they start on a small hill and, as they get more confident, they ‘ramp up’. This is exactly how companies that face The Chasm should do it; first find a place where the chasm is relatively small. That place could be a first program or business unit. But small as The Chasm may be there, you have to make the full jump. Thus give the business unit or program total autonomy to shape their own context, free from the existing managerial, organizational, and technological arrangements that would constrain them to be really agile. And when they have successfully leaped The Chasm, use that confidence to do the same in other, more challenging places. But remember: the full jump each time.

Too often have I seen programs struggle to be agile, because their entire context was constantly forcing them not to be. And thus they disappeared in The Chasm. And everyone quickly went back to being themselves on the non-agile side. 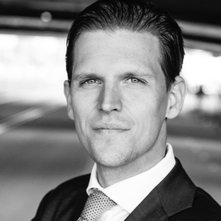