In my effective leadership practice, the question of how leaders deal with disagreement and conflict is an important one. Disagreement is generally perceived as unpopular and unwanted. However, disagreement and conflict are a valuable source of information, allowing you as a leader to understand the true point of view of your whole team. A leader that properly deals with conflict, cherishes the minority view during team meetings and in doing so creates a setting where the outcome is truly supported by the whole team.

Important signs of disagreement not being addressed effectively and its consequences

Let’s start with a process where disagreement features frequently: Group decision making. Group decision making is an important part of our private as professional lives. We use if whether we have to choose a restaurant for dinner or when as a management team, we need to set the strategic direction of a company or department. Most of the time, as we’re accustomed to a (democratic) majority-based decision-making process, the group follows the opinion of the majority. This majority view can emerge from a simple straightforward vote but is very often assumed without any vote having taken place. How often have you been in meetings where a decision has been suggested, with all or most of the team members remaining silent, simply acquiescing to or at least not challenging the suggested course of action? Following a vote on the suggested decision or acquiescing in silence, the decision-making process will be deemed to have been concluded and a majority view is presumed to exist.

While this process – follow the majority as soon as it seems clear there is a majority view – seems efficient, often people that were part of the either voiced or unvoiced minority are unhappy and in fact, only reluctantly agree. While the decision may seem to be supported by all members of the group, the minority’s opinion did not magically change after the decision was made. Most often, the minority is still not in favor of the chosen option. (How often have you felt: well, this seems the wrong option, but I will just do it because the majority seems to want to go in this direction?) As a result, members of the minority may start to show various forms of so-called sabotage behavior. Initially, sabotage behavior can be expressed, almost unconsciously. For example, by making jokes and excuses or gossiping at the water cooler about one or more proponents of the majority view. While this may seem innocent at first, it can often turn quickly into significant resistance when leaders fail to pick up these cues and act: not attending meetings, stalling work, stop communicating or even striking are all symptoms of an unheard minority voice. We experience this daily in all sort of situations. Especially when leaders push through their plans such behavior follows, indicating a lack of buy-in.

An effective way to deal with conflict and disagreement – and preventing a lack of buy-in – is the Deep Democracy method invented by Myrna Lewis in the ‘90s. The method gives a voice to the minority view: a leader (acting as a neutral facilitator) ensures through various techniques that the minority view becomes explicit and inquires, following a vote in which every team member has to participate, what the group members holding the minority view would need to support – ‘come along to’ – the majority view. Hence, the disagreement results in a carried decision by the whole group and every group member takes ownership of the decision because they felt heard. The buy-in grows and the sabotaging behavior diminishes. At first, it will likely come across as a slowdown in the process of meetings and decision making. However, the supported buy-in will speed up implementation of the decision or strategy in the long run.

Relish disagreement and take the time to actively listen to all the thoughts in the group create highly performing teams and effective leadership. 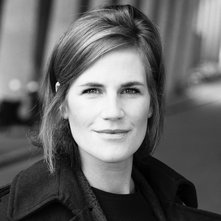