Bless Me Scrum Master, for I Have Sinned

Okay, this is all said tongue-in-cheek, but for many people the experience of a daily stand-up can feel like going to confession. This presents a few problems and stems from the idea that the agile way of working is simply another “waterfall” or “command and control” style of project management, which is very opposite to the principals of agile working modes. Often the blame is placed on the person/team who were supposed to “deliver” the user story as opposed to looking to the scrum master who is supposed to play the servant leader/process master role within the team.

If a team member comes into a stand-up and is told each time that they are behind on their user story, they are going to have a negative association with that meeting, they are going to hate being there and they are likely to start hating the whole agile transformation because of this. A study into married couples showed that successful couples had 5 positive interactions to every 1 negative interaction. It stands to reason that more positive interactions than negative ones in any relationship (including that a of a scrum team) will lead to better outcomes. The scrum master plays a significant role in ensuring that the team actually enjoys what they are doing. They play a pivotal role in ensuring that the team members actually enjoy an agile way of working and that the team performs better than they did in their previous mode of working.

A scrum master’s primary role is to ensure that the team is protected from outsider meddling and is on track for delivery of their planned work. The scrum master is definitely not there to point the finger at people when the work is not finished, but rather s/he should be asking the question of “what caused this work to be delayed?”. This could be a number of reasons. In a transitioning organisation, the line manager might have pulled team members out and put them on another project, there could be external dependencies, someone could have gotten sick, the user story might not have been properly defined and/or refined and the list goes on.

If you are a member of a team, and your daily stand-up feels like going to confession, don’t point your scrum master to this team and say “aha!”, this will just increase the negative feelings between everyone in the team. Rather, try and help your scrum master out in their role, say things like “hey, I think this is problem and it’s going to slow me down, can you help me?”. Remember they are also feeling their way through this new process a lot of the time. This approach will increase your collaboration and ultimately help you to be more effective as a unit. 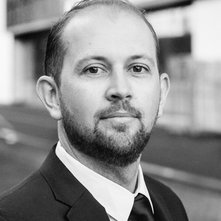