Labels: what you expect is what you get

We all have our expectations, labels and biases for different situations. However, we don’t always realise how these assumptions change our behaviour as well as the behaviour of the ones we’re making assumptions about. Bob Rosenthal, a renowned psychologist did an experiment with rats. He divided them in two cages and labelled one cage “specially trained, extraordinary intelligent rats” and the other “ordinary rats” while in reality there was no difference between the rats at all. Scientists studying the rats, who were not aware of this, were assigned to analyse how long it would take the rats to find their way out of a maze. The crazy thing is: the rats that were assumed to be better actually performed better. Rosenthal was stunned by these results, after all there was no difference between the rats. But then he realised that the intelligently labelled rats were treated with much more care, which led to a change in their behaviour.

Years later he copied the experiment in a school. Teachers were given a list of most potential students, who were randomly selected, and again the results showed that while there was no difference between students at the beginning of the year the “potentials” group actually performed significantly better. In this case, teachers would subconsciously treat the potentials group better, they would give more attention and compliments, than the other students. This later became known as the Pygmalion-effect.

Now, what does this have to do with us? Everything! Just think about it. What is the difference between seeing your colleagues and team members as highly potential individuals with interesting ideas or to see them as resources required to achieve an end product? It means a world of a difference in how we treat each other and what we expect of each other. So if our expectations have such an impact on our performance, let’s expect the most and together work towards the best possible result. 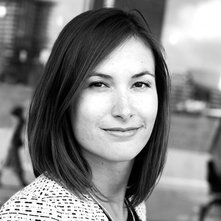