Mind the Gap: Behavioral Economic Biases in the World Around Us

This is the first in a duo of blog posts about behavioral economic biases and how to combat them. This post outlines the biases that I have most commonly encountered as an organizational transformation consultant. The next post will outline ways in which to remove or minimize the effect of cognitive biases.

When I sat down for my first micro-economics class in my first week of university in 2010, I had no idea that the subject would intrigue me as much as it did. So much so that it is the subject I specialised in. Still, there was one thing that bothered me and stayed in the back of my mind ever since that fateful day in 2010 – the concept of homo economicus. I knew that humans are inherently not rational and yet we were developing economic models based on perfect rationality. We continue to think that our professional selves are rational in the business environments that we work in. However, this is not the case (not by any fault of our own) as we all have cognitive biases that lead us to make irrational decisions or lead us into irrational behaviour. [JV1]

First, what are cognitive biases? They are errors in our thinking that happen systematically. This happens when we need to simplify the barrage of information, we receive in order to keep our decision making quick. This leads to decisions that are not entirely logical or rational (even though we think they are).

Below I discuss five different cognitive biases and the ways in which we see them pop up in organizations, organizational transformations and the world around us.

Too many choices can lead to unhappiness as individuals find it difficult to narrow down choices in to one choice. This does not mean that people want no choice- just not too many. We see this a lot when teams or management find it difficult to prioritize what to fix first or what solution to develop first. There are too many options in the buffet and only so much space on a plate.

Having a preconceived idea or opinion about something can lead people to remember and place more emphasis on information that supports what they already believe. This bias can further lead people to discount evidence and examples that don’t support the idea. We see this in many decision making forums where strong proponents of an idea or an opinion don’t acknowledge information which is presented that opposes them.

The definition is in the name. People often follow what others are doing without making any independent decisions. This bias has been discussed in relation to stock market bubbles which can form partly due to the combined irrationality of investors who follow each other (Banerjee, 1992). We also see this at a more micro level, in teams and forums where open discussion is asked for, but everyone tends to just agree with the highest-ranking person in the room.

Individuals are overconfident in the amount of work that they are able to complete over time. This bias becomes more prominent when the length of time that is needed for a project to be completed increases. People also don’t take into account any delays in decision making or anything going wrong in the process. We see this often when projects always seem to take longer than what was initially planned and more often than not go over budget too.

Simply put, sunk cost fallacy is when individuals continue with an endeavor because resources were invested in it previously. We see this often in organizations that take on large projects. Rarely do we see a project stopping when there are signs that the ROI will not be worth the actual investment.

Of course, this is not an exhaustive list of cognitive biases but rather ones that we can all recognize in the world around us and specifically in our places of work. Do you recognize this type of behavior around you? In my next blog post I will discuss ways in which we can minimize the effect of these biases or eradicate them completely. 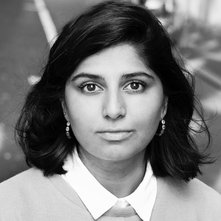